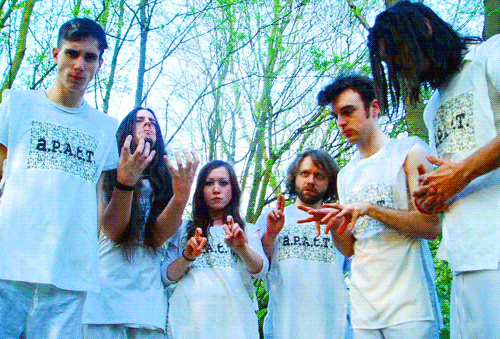 Some bands are just damned impossible to classify: a.P.A.t.T. are a 6-peice amalgamation of all that has come before & all that will slowly catch up in the end. Beyond genre defying: every instrument and style you can think of, mashed up together in jaw-dropping live performance. The experimental and chaotic beeps, buzzes and blips of a.P.A.t.T, (described on the BBC Merseyside website as sounding like “Frank Zappa having a fist fight with Mighty Mouse” ) have steadily built up a growing army of admirers. They were featured on the promotional video for Liverpool’s ‘Capital of Culture’ bid, and have recently staged a multi-media installation called 'Quartet', featuring four films projected whilst the band performed alongside. As if this wasn't enough, they even found time to compose the incidental music for the BBC Radio Merseyside alternative music show, PMS.

a.P.A.t.T. officially began with the completion of a full C90 minute cassette tape back in 1998. It was decided from the off-set that the way the music was formed on this tape (disjointed, non-specific, omni-style) was to influence the revolving multi-instrumentalist approach and dictate the 'anti-hierarchical' line-up of the act. It was not until 2002 and the introduction of digital recording techniques that a.P.A.t.T. were to make an 'official' release. Following several line-up changes, software changes, hardware changes, various support slots and a Danish tour, a.P.A.t.T. teamed up with London label, Lowsley Sounds, to release their first full album, (L.P.) (2004). Although hopes were high for this release and it sold well, a.P.A.t.T. were never satisfied with the final outcome. 2006 saw more line-up changes and the continuation of the recordings for that "perfect album". To that end, "Black and White Mass" will be released on Pickled Egg Records in the late summer of 2007.

"Oh I don't know, there are no words for this. a.P.A.t.T are so easy to listen to when they really shouldn't be; it should just be a mess. Right now it’s some kind of minimal organic synth, and delicate singing of paradise and people coming to harm, or was it just a false alarm, as it all builds up so, so deliciously once more. Hey look, track one is called 'The Man Returns From HereAfter With a Future Flower': that really explains it all, a future flower. My CD player says there's 66 tracks, the CD cover says 8, I heard at least 103 (or maybe it was just one long piece?). They're a band, don't go thinking this is some wise-ass cut-up studio nerd; a whole gang of them in masks and anti-radiation suits or something like that. Hey look, if you want something challenging, something beautiful, something different, something violent, something soothing, something like you never heard before then this is where you need to go this week" SEAN ORGAN - Organ.com - Eclectic Music Magazine/webzine

"a.P.A.t.T. are a motherfucking experience. Probably the only UK band i can think of to come up with their vision of the dark, vicious and fuck me, rather scary vision of the ACID PUNK dropped onto us from the visions of Gibby from the Butthole Surfers. We love them. You need to hear this. It’s insane" Alan Mcgee (Creation/Poptones) 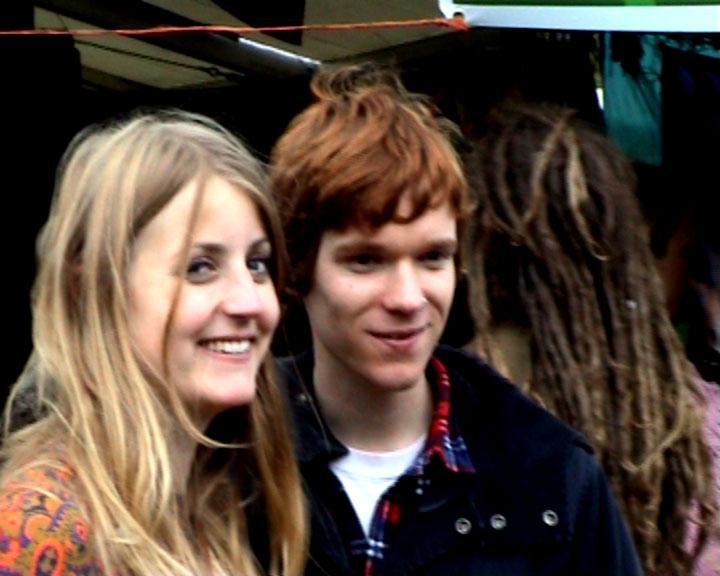 Alex Neilson is one of the most accomplished and prolific drummers on the UK underground scene, having performed with Scatter, Bonny Prince Billy, Alisdair Roberts, Richard Youngs, Jandek, Lucky Luke and Tarpis Tauli, amongst others. Directing Hand is essentially his solo project, though he has enlisted help from such like-minded compatriots as Christina Carter, Isobel Campbell, and Scatter/Nalle’s Chris Hladowski.

The current Directing Hand line-up – consisting of Vinnie Blackwall on improvised vocals, cello, harp and harmonium and Neilson on drums and psaltry – represents the group’s starkest and most all-devouring incarnation to date. Skilled in the black-art of ecstatic improvisation, Neilson Blackwall journey into verdant fields of free-psych-drone, delicate bubbling-noise, twisted folk, and the triumphal free jazz melodies of Albert Ayler.

Drummers have always been the revolutionary agents of musical change; switch up the beat and you reconfigure time, reconfigure time and you re-draw reality. In Neilson’s playing there is truly no past or future, simply Now over and over. Just one movement of his hands and then the next. And in a historical/cultural moment that feels as oppressively 4/4 as 2007, it feels like a revolution. 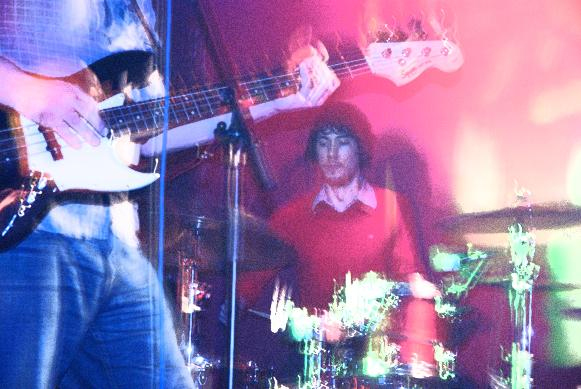 Dragon or Emperor are a bass and drums punk/jazz/metal powerhouse, with a spontaneous feel that frequently threatens to spill over into hysteria. This is partly down to Stewart Brackley’s monstrous distended fuzz bass riffs, but has more to do with his wild evocation of what it might sound like if Yamataka Eye found himself trapped inside the body of David Thomas [The Wire]

You call it Lightning Bolt. I say I have no conception of what such tight-knit formation drumming mans, and go for older - the James Brown-insired yeh-yeh groove of The Make Up, given a metal makeover. Someone mutters 'math rock', but I flinch, indicate that no way are these frenetic twists and turns, these plum-in-mouth spasm vocals humourless. 'Formerly Volcano the Bear, you know', you smugly remark, 'and Songs of Norway'. I shrug, and rave about the way this enormous, near hallucinogenic duo remind me of prime '76 Pere Ubu, thus indicating my overbearing age once more. Sigh. Fucking seriously mighty [Everett True, Plan B] 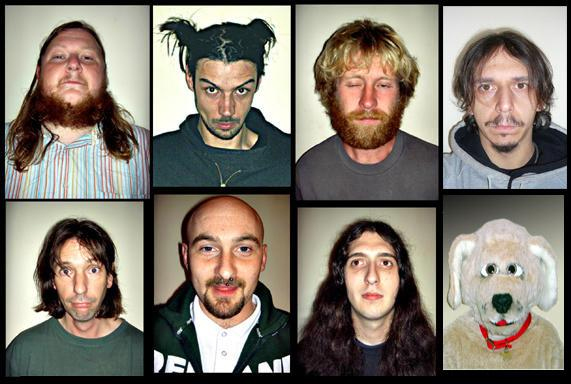 "Their noise is remarkable as it is original: crazy melodies played at odd tempos with brass instruments held in the hands of what apear to be lunatics. Stig are the kind of band that the word cult was invented for. Weird, wonderful and Hardcore" [Kerrang]

"Crazy noise, granted, but nothing quite prepares for the flamenco-featuring random meandering, enthusiastically ploughing through unhinged rhythms, bewildering Henry Mancini-isms and Mclusky spikiness" [Drowned In Sound]

"Stig rule. What an awesome band! Someone should knight Stig, just so's they can stick the sword in the Knight-ees FACE!" [Akira The Don]

"...Jesus Christ STIG is some fucked up shit... this is all over the place chaos!!! Samples, beats, brass, Hawaiian guitars, heavy guitars, random noise and tons of other shit I cant describe!! The pace is constantly changing ...crazy, crazy shit. Definitely very punk etho's in its approach: very free and experimental and quite obviously not giving a fuck what people think. At times theres a slow reggae feel, then its kind of big band music, then its totally fucked up noise, then even more fucked up noise, then its like lounge music... you just gotta hear this because I cant describe this properly. [www.nofrontteeth.co.uk]