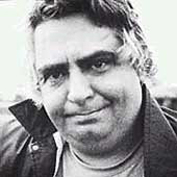 In 1985, Daniel Johnston roamed the streets of Austin, Texas, passing out cassette recordings of his primitive homemade songcraft to just about anyone he encountered. Someday, he told people, his music was going to make him famous, really famous. Beyond the simple wish that people hear his songs, he wanted the glory, the adulation, even the pitfalls, just like his idols (and occasional songwriting subject), the Beatles.

So far, things haven't quite worked out that way. On a cult level, Johnston has never wanted for attention. His career was only a few months old when he earned a slot on an all-Austin episode of MTV's The Cutting Edge. Since then, he has been a celebrated denizen of the underground, and literally scores of artistes have covered his work, celebrating what they consider to be Johnston's absolute genius: quavering, disarmingly honest songs that are - behind the crude execution - memorable, intelligent and prodigiously crafted.

But for all its power and singularity, Daniel Johnston's music has not been his sole drawing card. A manic depressive who is gentle, funny, good-natured and even sharp when at ease, Johnston is also given to spectacular flights of fancy and frightening violent spells. Hi How Are You, the tape that first brought him wide recognition, was recorded during a nervous breakdown in 1983. On the 1986 evening he appeared on MTV, Johnston was in the Austin State Hospital, having attacked his first manager amid bouts of increasing incoherence, the result of an acid trip that has had lifelong consequences. To many, Johnston is simply "that crazy guy," notorious mainly for his bizarre but ultimately tragic adventures that invariably end with him confined to the hospital or in the care of his ageing, long-suffering parents.

But it could also be the worst thing that has ever happened to him. That's because Daniel Johnston's life and career seem to mirror the lockstep pattern of his illness. Excessive attention always sends him over the edge, the best times inevitable precursors to the worst. A recording session in Maryland was followed by an incident where Johnston chased a woman out her 2nd floor window because he thought she had the devil in her. Whilst being flown home to West Virginia after playing the 1990 Austin Music Awards, Johnston - convinced his pilot father was possessed by satan and taking Daniel to be executed - caused the plane to crash-land.

Daniel has spent the last 14 or so years exposing his heartrending tales of unrequited love, cosmic mishaps, and existential torment to an ever-growing international cult audience. Initiates, including a healthy number of discerning musicians and critics, have hailed him as an American original in the style of bluesman Robert Johnson and country legend Hank Williams. A growing number of artists - among them Yo La Tengo, Sonic Boom, former Velvet Underground drummer Mo Tucker and even Johnny Depp! - have covered Daniel’s songs. He’s also collaborated with the likes of Jad Fair, the Butthole Surfers, Kramer, and members of Sonic Youth. Daniel gained his widest public exposure to date when, at the 1992 MTV Music Awards, Kurt Cobain (who constantly touted Daniel in interviews) wore Johnston’s ‘Hi How Are You?’ T-shirt. Simpson’s creator, Matt Groening - a big fan of Johnston’s - even toyed with the idea of using ‘Rocketship’ as the theme to Futurama.

The bulk of his considerable acclaim snowballed from a series of homemade, lo-fi cassettes which Daniel started recording and handing out to fans and friends alike in his adopted hometown of Austin in the early 80s. Local indie label, Stress Records, picked up on these, and continue to sell these cassette-only releases today. Eventually, New York independent, Homestead, re-issued some of these tapes on CD and vinyl, and Johnston recorded further new albums in almost-proper studios.

In the spring of 1992, the Lyon Opera Ballet commissioned a piece from world-renowned choreographer Bill T.Jones. "Love Defined", a 25-minute piece set to six songs from Johnston's Yip/Jump Music, was premiered in France, and later performed throughout Europe, as well as New York. Daniel himself refused to see the ballet, expressing little interest in watching "a bunch of weird people jump around. Cult film maker Richard Linklater featured Daniel’s music in both ‘Slacker’ and ‘Before Sunrise’, and two of Johnston’s songs were featured in the hit movie, ‘Kids’.

Alongside his his music, Daniel has always drawn and painted. His art, like his music, is very direct and almost childlike in its honesty. It has none of the knowing cleverness of the much-championed contemporary art. His artwork and music share many of the same concerns, such as battles between ‘good’ and ‘evil’, and are played out in an array of comic characters, many of his own creation. Over the years, Johnston’s paintings and drawings have been exhibited extensively around Europe and America.

In 1994, after negotiations with Elektra had collapsed, Johnston signed to Atlantic Records, who released the ‘Fun’ album. Daniel was suffering from deep depression during the making of this album, and didn’t actually play any instruments on it. Although it contains many fine songs, it lacks the magic of his earlier work. Promotion of the album was low-key by major label standards, and with Daniel not being able to tour because of his mental state, sales of the record fell way below Atlantic’s expectations. Daniel was subsequently dropped by the label in 1997.

However, now free from the pressures of a major label deal, Daniel’s health improved, and he started recording once more with the Dead Milkmen’s Brian Beattie. The results of these sessions make up the new album, ‘Rejected Unknown’, which was released in 2000 on Pickled Egg in Europe, and Gammon Records in the US. Since then, Daniel has embarked on numerous tours in the US, and Pickled Egg organised his first ever European tour in the autumn of 2000, which saw him play shows in London, Paris, Brussels, Amsterdam and Brugge.

Vinyl LP has now SOLD OUT.

"The main themes on Rejected Unknown are the themes Johnston has explored throughout much of his career: hopeless longing, unrequited love, and as might be gathered from the album's title, fear of rejection. This fear probably took on very real terms for Johnston as he was finally dropped from Atlantic Records after being held for years in contractual limbo. As it is, it's been seven years since his last proper album (1994's Fun), and judging from the resulting music, the time has been well spent. Fun saw little musical involvement from Johnston, lending the impression that he was led by the hand by a pack of svengalis. But Rejection Unknown is unmistakably Johnston's album; he sings and plays piano and guitar, and even adds some percussion to the oddly quirky pop songs" [Pitchfork Media]

Want to know the best way to learn about music?  By taking music lessons, of course!  No matter if you are interested in taking piano Lessons, or you would rather learn how to sing with Voice education Lessons, the internet can put you in touch with who you need.  Sign online today and find the best information on  Music education Lesson Plans!