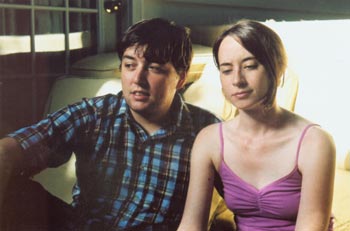 Marshmallow Coast began with Andy Gozales' early 4-track recordings, made when he was 18 and living in Denver. Following the release of several seven-inches under the Marshmallow Coast moniker, Andy, with little knowledge of engineering or production, made his first stab at a full-length album, 'Timesquare'. After relocating to Athens, GA in 1999, Andy recorded Seniors and Juniors (Pickled Egg/Kindercore), which possesses Timesquare's childlike innocence, but also hints at Andy's interest in funnelling classic pop through a lo-fi, bedroom-recording aesthetic. 2000's Marshmallow Coasting (Kindercore) was Andy's first shot at recording in a more typical studio environment, and the higher production values help push his jazz and classical leanings to the forefront.

On Ride the Lightning, Andy enlisted the instrumental and engineering prowess of Derek Almstead (Summer Hymns, Of Montreal), who with the aid of many other Athens friends (including members of Olivia Tremor Control and Of Montreal) expanded the Marshmallow Coast to its full potential. Andy's fascination with pop standards shines through, each carefully crafted composition cementing his knack for classic pop songwriting in the tradition of George Gershwin, Nat King Cole, Brian Wilson or Steely Dan.

"Marshmallow Coast are such a rejuvenation; of folk, jazz and pop music, on a supposedly lo-fi album. Whether it's a groovy piano riff in an early 1920's jazz style, or a composition of jangly acoustic chords, this album breathes fresh air into what after all had become a pretty dull US indie scene. 'Ride The Lightning' simply embraces grandeur by humble means and rates among the year's best albums" [Maarten Schiethart, Pennyblackmusic]

**This Pickled Egg release contains a bonus track, 'Would it be Nice', not available on the US or Japanese versions!

Andy Gonzales (Of Montreal, Music Tapes) weaves a gentle tapestry of incandescent melody and sweeping emotion, these songs exude a fragile beauty and tattered whimsicality, at times reminiscent of the solo works of Brian Wilson, Syd Barrett or Kevin Ayres.

"Throughout its 13 song sprawl, Seniors and Juniors takes in elements of country, pop, jazz and folk, effortlessly blending them into its own unique sound. Upon first listen the album comes off as rather childlike, but subsequent airings allow a fragile beauty and tattered whimsicality to shine through" [Splendidezine]

"This record is preciously out-of-step. Comprised of sparse piano and guitar figures alongside gingerly placed bits of percussion, recorder and clarinet, the songs exude a soothing simplicity and a stark sadness" [CMJ New Music Report]

"Wistful, fragile, artful low-key pop, not too far from Van Dyke Parks/Brian Wilson in ambitions. But sounding toy-like, flattened-out, but truly engaging. Happy running the street, free in my shoes to run. Maybe 'Smile' will end up spawning a new sub-genre of folk pop - generation after generation taking the sound apart and putting it back together again into new shapes forever. It's a beautiful fragment of the psychedelic 60's/90's unbroken moebius timestrip, inferring all kinds of sweet future possibilities. Soaring and never boring, the Marshmallow Coast reach for the sky, measuring the difference between flying and falling" [George Parsons, Dream Magazine]