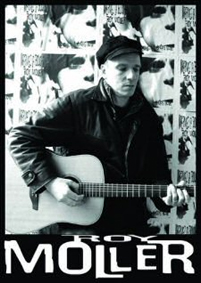 "Good to get another record out, to stand behind a backbeat. The holy dropping of the needle in the groove is a ceremony i'm glad to be a part of. I feel that way when I'm up the glasgow art school disco - born to boogie through my shoe and through the medium of media tedium. Spotlight on the first-rate club "divine" - its occasional intervention in my saturday nights percolates the second verse of a song i wrote called wonder understand. I like to celebrate the power of the thwack of a track, dancefloors charged by plastic grooves filled with latent energy - like athletic burt lancaster in academic spectacles"

"I've written a lot of songs now - their recording & appearance limited by finance but here we are standing front & centre & I'd like to think I got me a sound. Back in bezerkeley Berkeley studios with my ex-outfit The Wow Kafe shallow were the actions of the children of man & I d idn't Marc the tone to call my own fuzz glam hologram - Bill was the Legend on that one. But left to my own devices I probably would & here 'tis"

"A lot of Kafe stuff in particular sounds good to me still. In its purest form it's the sound of a city I wouldn't mind inhabiting, away from the smoked glass & too bright white light harshing your bus and buzz of espresso bongos and the timeless tom waits percussive hubcap symphonies, winter morning honeycombed, old wood lit by light & metropolitan metal golden grey. It's taken a little time to re-enable the feet thru the royster beat. Ask my friend Douglas, he'll know about this: I used to pack the song suitcase with words neither I nor anyone else was gonna use on the beach, conotation contortion that would've made Costello reach for his Revolver to turn off his mind, relax & float downstream. Life is still that way sometimes. But I hope you like the sounds"

Roy plays a gig in Hamburg on Saturday 5th November. See the live page for details