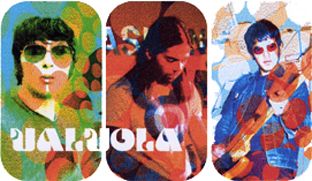 Valvola, though evidently retro in surface appeal - conjuring the key elements of late 60's francophile pop and colouring it with 70's easy listening lounge routines - temper their work with brief brushes of contemporary nuances, crafting orchestrated cinematic soundtracks that are bound to seduce as much as confuse. Imagine Stereolab at their most organic, riding a tidal wave of Kraftwerk-esque electronics, and you’ve at least reached the half-way mark of where these Italian space-pop pioneers are heading. Add to that the occasional foray into extreme electronic experimentation, and their fascination for analogue synth sounds.